How Bathroom mould can seriously affect your health 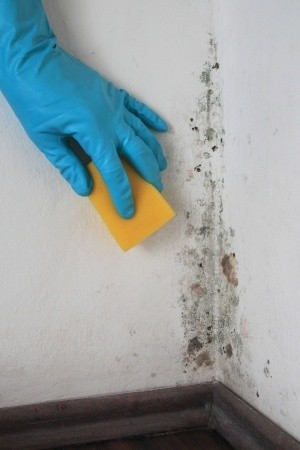 You need to clean and treat poisonous mould spores

Mould – otherwise known as mildew – is always an unwelcome house guest, and unfortunately one of the most pervasive problems in homes across the country. It appears initially as small, dark specks, and can gradually expand into larger patches of green, grey, brown or black growth.

Mould is a type of fungus which spreads through the release of miniscule spores, which are invisible to the naked eye. It favours dark, damp environments such as bathrooms and sink cupboards, and can form colonies throughout households when conditions are favourable. Not only is it unsightly and a pain to get rid of, but some types of mould can also have a detrimental impact upon your health.

These problems can occur because the spores that mould releases form part of the air you breathe in when they are in your home. Certain types of mould, for example stachybotrys, or black toxic mould, contain highly poisonous spores which can be life-threatening when inhaled.

Those most at risk from the damaging effects of mould spores are the very young, the elderly, and anyone with a compromised immune system or respiratory illness. However nobody is immune to the effects of mould, and it is widely reported that long term exposure can generate chronic symptoms of constant unwellness even in otherwise healthy individuals.

One of the most common breeding grounds for mould is the household bathroom. These rooms are often among the most poorly lit and ventilated, and with anything from one to six hot showers or baths occurring in this enclosed space each day, it is not hard to see how conditions quickly become favourable for mould growth.

Fortunately, there are plenty of measures you can take to treat and prevent mould growth in your bathroom and throughout the rest of your home.

Before you think about methods of preventing mould from spreading in the future, it is essential to remove all traces of mould from the problem areas first.

If possible, you should clean up the existing mould when the area is still wet or damp, as mould spores are more easily released when the fungus is allowed to dry out. Wear rubber gloves to protect your hands, and ideally a face mask. Ventilate the room as well as you can while you clean.

You can use diluted household bleach, white vinegar, or one of a range of specialised commercial mould cleaning  products to work on the patches of growth. Spray the solution directly onto the mould growth and wait at least ten minutes, or as the packaging directs. Discolouration of the mould growth is an indicator that it is dead. After this time, wipe down the area with a clean, wet cloth until all visible signs of mould have been removed.

Mouldy silicone sealant is often problematic in bathrooms, and means the wrong type of silicone was used in the first place. Remove the mouldy sealant with a commercial silicone remover, and replace with a quality sealer containing fungicide to prevent future growth.

Prevent mould from coming back

Now your bathroom is free of mould again, you can think about preventing future problems from returning. Your first step should be to repaint your walls – which may now be discoloured by your bleach treatment anyway – in a high quality mould-resistant paint.

Next you should think about taking steps to improving the light and ventilation in your bathroom. Remove any blinds or curtains  from the window and buy an inexpensive opaque film to stick to the glass. Consider investing in a skylight or skytube in especially dimly lit bathrooms. Make sure your ventilation fan is working properly and always kept free of grime build-up, and keep the windows and doors open as often as possible to maximise airflow throughout the room.

"We paint all surfaces with the correct Dulux & Resene paint system following the manufacturer's specification."