The history of paint

For as long as people have inhabited the earth, they have tried to replicate the colours and images they see, into realistic paintings.

Paintings were important to record events, create portraits of nobility, and to create beautiful representations of natural beauty.  These would be used to adorn living areas, and having a substantial collection of these would demonstrate wealth and cultural refinement. 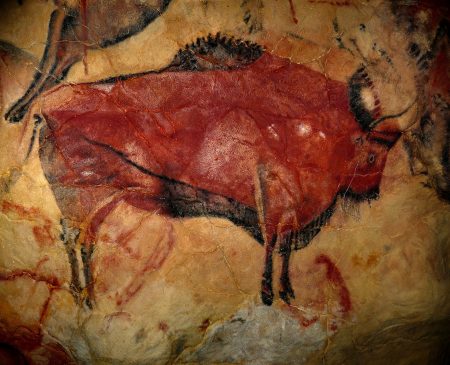 From the paintings on early caves, to the use of red dye by the Aztec Indians, people have always sought to enhance their surroundings with the use of vibrant colours.  Where the early cave people recorded their lives with paint on the walls of their caves, paint manufacturers used it to beautify, protect and extend the life of their goods.

The Egyptians, the Chinese and the Aztec Indians all practised colour healing, and the Greeks and Romans developed coloured varnishes.

From the 16th until the 19th centuries in America, milk paint was used to paint furniture. Milk paint recipes were closely guarded, but milk and lime were mixed with pigment to make a smooth and durable water-based formula.  Milk paint allowed houses and furniture to be painted in soft velvety and rich colours.

The problem that existed with using this paint is that it could not be commercially manufactured because of the milk content.  In 1868, at the end of the American civil war, the first patent for a metal paint tin with tightly fitting lid was issued.  Now, paint could be manufactured in huge quantities, and distributed to towns and cities everywhere.

This invention heralded the beginning of the commercial use of oil-based paints.  The problem with oil-based paints however, was that they contained lead, mildewcides, and other poisonous additives.

Paint has some obvious, and some much less obvious uses.  It is used to paint cars, to protect houses from the elements; even to paint the inside of food containers.
Throughout the ages, paint has enabled people to vividly capture the beauty and essence of their lives, and to record their surroundings as in the famous paintings of the first world war.  Now, paint is used not only to protect houses from harsh weather conditions, but also to transform houses from dour to modern and vibrant.

"We paint all surfaces with the correct Dulux & Resene paint system following the manufacturer's specification."